Objections to The Shack 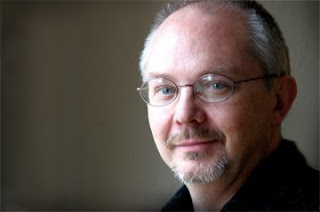 On a recent edition of Janet Parshall's radio show, Dr. Michael Youssef denounced the popular book, The Shack, and its author Paul Young (shown left), for teaching a false view of God and salvation. Though I appreciate Youssef's desire to protect believers from false teaching, I respectfully disagree with many of his assertions.

Youssef claims that The Shack teaches universalism, a charge that Young denies. Though The Shack vividly illustrates that God has indeed included all humanity in his love and life through Jesus, this universal inclusion and reconciliation should not be confused with universal salvation (the idea of universalism). Universalism asserts that all people are now saved (or will, in the future, be saved) with no exceptions. In this definition, "saved" means to be the recipient of salvation in its ultimate-final sense (and Scripture talks about salvation in several senses or tenses).


The reason Young does not teach universalism is because doing so necessitates a denial of the freedom that God has granted each person to refuse his free gift of salvation. In Christ, God has (already) said, "Yes" to all people - thus reconciling all humanity to himself. But it is also true that God has granted to each person the freedom to respond to his gracious gift with either an accepting "yes" or a rejecting "no." This free human response precludes universalism and accounts for the Biblical teaching concerning both heaven (for those who ultimately say "yes") and hell (for those who ultimately say "no").

Youssef also objects to Young's representations of the Father, Son and Spirit. In this objection he seems unable to understand that The Shack is allegory, not systematic theology. Young is not asserting that God the Father is *actually* an elderly black woman, but that God in his embracing, inclusive love for all humanity is *like* one. Indeed, the Bible likens God's love for humanity to the love of a nursing mother for her suckling child. And Jesus likens his compassion toward the first century residents of Jerusalem to a mother hen wanting to gather her chicks under her protective wings. Such comparisons are not idolatry, as Youssef asserts, but the use of analogies or pictures (metahors) to illustrate the true nature of God and of God's relationship with us in and through Jesus Christ. C.S. Lewis masterfully uses similar analogies in The Chronicles of Narnia. Perhaps Youssef objects to Lewis' writings too.

It seems to me that in many of his objections, Youssef shows less than a fully Christ-centered view of the nature of God and of God's relationship to humankind in Christ. Youssef seems to posit a radical separation and distinction between the being and doing of the Father, Son and Spirit. But, in my view, to do so is to deny who God truly is as revealed in Jesus.

Through the revelation of Jesus, we come to know God as a loving communion of three persons (distinctions), who are one in both being and doing. It seems to me that Youssef overstates the nature of the distinctions to the point of creating in the mind and heart of God a split which is simply not there. What the Bible declares is that "God [the Father] was in Christ reconciling the world to himself" (2Cor 5:19). What Christ experienced, the Father and the Spirit fully and conjointly experienced with the Son. This is not to confuse or co-mingle the three persons, but to uphold God's essential oneness. As one T.F. Torrance was fond of saying, "There is no God behind the back of Jesus." God is, indeed, just like Jesus. Jesus himself said, "If you have seen me, you have seen the Father" - not because the Son and the Father are the same person, but because they are fully one in mind, heart, intent, being and work.

Youssef also accuses The Shack of denying God's justice. Again, this is not true, for one of Young's purposes is to show in story form that God's justice is very real and is an expression of his love - not separate from or in competition with that love.

It seems evident to me that Youssef's objections to The Shack are largely grounded in a *theology of separation* - one that says God remains separate from sinners until they repent and believe. And he has Scriptures he'd use to make his point. But, in my view, this viewpoint fails to account for the full and final revelation of who God is shown to be, with us and for us, in Jesus. In Christ (as attested to in Holy Scripture), God is revealed to be a "friend of sinners" who has included all people in his love and life through the incarnation, life, death, resurrection and ascension of Jesus. In Christ, God has become "sin for us." That is hardly a statement about a God who is unwilling or unable to be in the presence of sin and to include sinners in his reconciling love. Indeed, God has (already), in Christ, reconciled the whole world to himself. However, God does not force this reconciliation upon any individual person apart from their agreement (repentance and faith). In fact, the personal journey from a state of feeling and living in separation from God (which is feeling and action based on a lie) to a state of personal awareness of and active participation in that acceptance by God (which is truth grounded in the person of Jesus), is precisely the journey detailed in allegorical fashion in The Shack.

This journey is one of coming to embrace personally (subjectively) what is already universally true of all in Christ objectively. What is illustrated so vividly in The Shack is one man's personal journey along this path of radical repentance and faith (belief coupled with trust).

Youssef objects to portraying God in such a dynamic, responsive relationship with sinners. Yet, I would argue, that is precisely what we see revealed about God in the person of Jesus. Should we ignore or minimize that revelation, or should we embrace it, celebrate it and proclaim it? And how best may we proclaim it? For some, though certainly not all, allegory is a powerful tool of communication that reaches beyond the cognitive into the depth of one's feelings. The Shack certainly did that for me.

Youseff makes other assertions that I'll not address here since what I've said above gets to the heart of what I understand his concerns to be. And one more thing: in recommending The Shack, I'm not personally endorsing all Young may teach or believe (I'm not familiar with all his teachings and beliefs). However, I do find The Shack to be a vivid and helpful illustration of the God who is for us and with us in Jesus. For bringing this dynamic message of the gospel of grace to me and to others, I say, "Thanks Paul."
Welcome to The Surprising God where Grace Communion Seminary (GCS) on behalf of Grace Communion International (GCI) explores the content and application of Incarnational Trinitarian Theology. Except as noted, posts are from GCS faculty member Ted Johnston. Though GCS and GCI embrace the theology expounded here, posts are not official statements of doctrine. You may comment on posts where they are reposted on GCS's two Facebook groups: Trinitarian Theology Forum and Trinitarian Ministry and Worship.