Showing posts from June, 2011
Show all

Male and female as the image of God

- 6/26/2011
God created man in his own image, in the image of God he created him; male and female he created them  (Genesis 1:27). According to Frances and Paul Hiebert, the humanity that images God is a  co-humanity  constituted by men and women in relationship. Stated negatively, men alone and women alone do not express fully the image of God   (see the Hiebert's essay,  The Whole Image of God: A Theological and Anthropological Understanding of Male-Female Relationship,  in Incarnational Ministry ,  edited by Kettler and Speidell). This makes sense in light of the biblical revelation that our triune God is a relational communion of three persons (Father, Son and Holy Spirit), in which there is unity, diversity (distinction of persons) and equality . God's communitarian nature is imaged in humanity when a similar unity, diversity and equality are found in us - particularly in our male-female relationships. According to the Hieberts, differing male and female reproductive functi
Read more 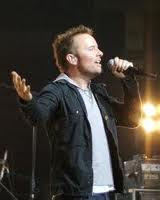 This post was contributed by worship leader Mike Hale. A “blended” worship service commonly means a service designed to use both traditional hymns as well as contemporary songs or choruses—whether the mix leans more heavily to one side or the other, or is right down the middle. (Of course you can also use other styles of music as well, but for this discussion let’s stick with hymns and choruses.) However, creative writers and musicians sometimes go beyond just sprinkling hymns and choruses throughout the worship list for the day and take the extra step of creating one piece of music that is more a “fusion” of something old and familiar with something fresh and new. Using symbols to describe th e process—just placing two different worship styles one after another (for example, a contemporary chorus after a traditional hymn) can be represented as A + B = AB. Whereas creatively fusing these elements together in such a way that both are mutually transformed into a new third thing can be se
Read more

A Trinitarian Theology of Family Ministry 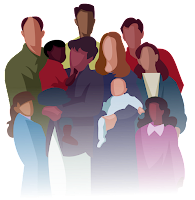 How may the church join with Jesus in what he is doing through the Holy Spirit to minister God's love and life to and through families? Dennis Guernsey answers in  Family Ministry and a Theology of Family: A Personal Journey, an essay in Incarnational Ministry   (eds: Kettler and Speidell). Guernsey, now deceased, teamed with Ray Anderson at Fuller Theological Seminary to develop an approach to family ministry informed by Trinitarian theology and family systems psychology ( click here  for details). In Guernsey's view, "family" is best understood as a verb, rather than a noun. Family is about being "familied." Unfortunately, some family ministries are more about programs and structures than about loving, family-like relationships . As guidance to churches wishing to join with Jesus in relational ministry to and through families, Guernsey offers five theological principles: 1.  "Human persons are created in the image of God and are of infinite valu
Read more

Is the Holy Spirit God?

Leadership of the Jesus kind

- 6/05/2011
In The Ministry of Leadership: Empowering People (an essay in the book Incarnational Ministry ), Walter C. Wright, Jr. defines Christian leadership as a relationship by which the leader works to empower, nurture and increase the maturity of the follower as a person loved by God (p207). This leadership of 'the Jesus kind,' is servant-leadership that transforms.  Whereas current literature tends to define leadership as a process by which individuals or groups are influenced toward a particular outcome or goal (p207), Jesus' way of leadership is principally about relationship . Of course, relationships involve influence, but the principal focus of Jesus is not to influence his followers toward an external objective (no matter how lofty), but to love and serve them with an eye toward their empowerment, leading to the positive transformation of their lives. Jesus demonstrated this radical approach to leadership at the Last Supper, where he washed his disciple's feet
Read more
More posts
Welcome to The Surprising God, a blog moderated by Grace Communion Seminary (GCS) faculty member Ted Johnston. Here, Ted and other authors explore incarnational Trinitarian theology on behalf of GCS and its sponsor, Grace Communion International (GCI). Though GCS and GCI both embrace the Nicene faith addressed here, posts on this blog are not official doctrinal statements. Comments on blog posts may be posted on either of GCS's Facebook groups: Trinitarian Theology Forum or Trinitarian Ministry and Worship.