Showing posts from September, 2011
Show all

[Updated 10/4/2019] Can people get out of hell? To answer that question, we need to consider two others: 1) Is a person's fate determined permanently at death? 2) If not, on what basis might those in hell get out? We'll address both questions in this post. "Dante and Virgil in Hell" by Bouquereau (public domain via Wikimedia Commons) Is a person's fate determined permanently at death? Many Christians answer "yes" to this question, typically citing Hebrews 9:27. In doing so, they understand this scripture to assert that upon death, a person is judged and the decision rendered at that time as to their eternal fate is then irreversible. However, in my view, using this passage in Hebrews to make that point is questionable. Note that the context of the verse is the universal scope of Jesus' substitutionary, atoning work, which he did "once for all" (Hebrews 9:26). He does not accomplish this work at some future time (such as some poin
Read more

By Ted Johnston - September 17, 2011
This post is part 4 in a series that explores the Nicene Creed .  To read other parts, click on the corresponding number:  1 ,  2 ,  3 , 5 , 6 , 7 , 8 , 9 ,  10 , 11 ,  12 ,  13 . We come now to the section of the Creed that speaks of God the Father: One God the Father Almighty, Maker of heaven and earth and of all things visible and invisible. Here the Creed asserts that the one God, in the person of the Father Almighty,  is Creator ( Maker ) of all that is. As we noted in part two of this series, the Creed emphasizes that God is  one  in being (Gk= ousia ). Yet now the Creed begins to speak of the three persons of the one God, beginning with the Father, who as Almighty, is associated with his act of creating. This does not mean that the Father is Creator to the exclusion of the Son and Spirit. Rather (as noted by Tom Torrance in  The Trinitarian Faith), the Creed is granting "primacy to the concept of the Fatherhood of God, for knowledge of God as Creator is taken fro
Read more 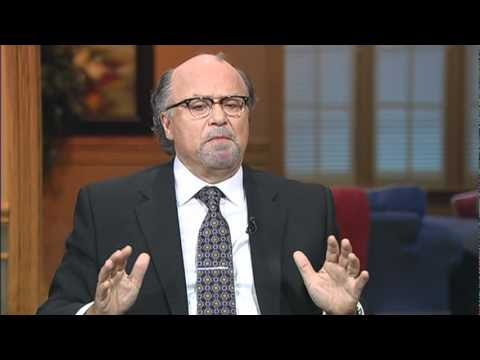 How does one make sense of the world and God's relationship with it? These are always big questions, but of particular note as we remember 9/11. Though the video below does not address 9/11 specifically, it provides relevant insight. Jim Cantelon, a host of the Canadian program 100 Huntley Street , interviews L.T. Jeyachandran concerning how a trinitarian, relational theology informs L.T.'s understanding of the world. L.T. is an apologist and speaker who oversees the Singapore operations of Ravi Zacharias International Ministries . Food for thought (and feel free to comment)!
Read more

By Ted Johnston - September 10, 2011
Living on the West Coast of the U.S., I was up early to do business with my East Coast clients—including those in Manhattan, NY—and before leaving the house I usually checked email and national headlines. But the news that morning was anything but usual, as confusing headlines and horrifying pictures of one of the Twin Towers belching flames and black smoke sent me running to the bedrooms to wake my wife and our four grade school kids. Arriving in front of the TV, we were horrified to see the second tower explode into flames, as a jetliner hit it like a guided missile. As we stared in disbelief, the kids asked questions for which we had no answers. Actually, words were failing everyone—reporters, commentators, people on the streets—as events quickly unfolded to snuff out the lives of nearly 3000 souls from 90 countries, as suicide hijackers piloted four passenger airliners into the World Trade Center in New York City, the Pentagon building in Arlington, Virginia, and a fourth plane
Read more

By Ted Johnston - September 04, 2011
This is part three of a series exploring the Nicene Creed . To read other parts, click on the corresponding number:  1 ,  2 ,  4 , 5 ,  6 , 7 , 8 , 9 ,  10 , 11 ,  12 ,  13 . Part 1 looked at the Creed's history, and part 2 looked at its opening phrase,  We believe.  Now we'll expand on that, looking at the longer phrase... We believe in one God, the Father...  The Creed was written to combat heresies infecting the fourth century church. Of particular concern was the dualistic idea that God (being spirit and thus transcendent), is necessarily separate from the material world, including humanity. This non-biblical worldview, which emerged out of pagan Greek philosophy, was embraced by some influential church leaders. As a result, some denied Jesus' humanity, while others (notably Arius of Alexandria) denied Jesus' divinity. Arius and others also denied that the Holy Spirit was a divine person. The Council of Nicaea went on the offensive against these heresie
Read more
More posts
Welcome to The Surprising God where Grace Communion Seminary explores incarnational Trinitarian theology on behalf of Grace Communion International. Though both groups embrace the Nicene faith addressed here, posts on this blog are not official doctrinal statements. Comments that promote respectful discussion are welcomed and may be posted on GCS's Facebook groups: Trinitarian Theology Forum and Trinitarian Worship and Ministry.