Showing posts from December, 2008
Show all

By Ted Johnston - December 29, 2008
January 6 (the 12 th day of Christmas) is designated by church tradition as "Epiphany." It is celebrated by many churches on "Epiphany Sunday" (January 4 in 2009).  The term epiphany means "to show," "make known" or "reveal." In some Western Churches, it remembers the coming of the Magi (wise men) bringing gifts to the Christ child, who by so doing "reveal" Jesus as the Lord and King of all humanity.  In some Eastern Churches, Epiphany also commemorates Jesus’ baptism by which he was consecrated in his mission as the God-man, sent from the Father, anointed by the Spirit, for the benefit of all humanity - indeed, for the benefit of all of creation.  Epiphany powerfully presents the Gospel of the inclusion of all people (and all creation) in God's triune love and life through the substitutionary /representative (vicarious) humanity of the Son of God come to us, as one of us, through incarnation as the Son of
Read more

By Ted Johnston - December 19, 2008
Steve Shantz , WCG pastor in Florida, shares the following reflection on a well known Christmas carol. “You Got Peanut Butter In My Chocolate!” (Hark! the Herald Angels Sing) When Charles Wesley penned the lyrics to “Hark how all the welkin ring/Glory to the King of Kings” in 1739 he intended his words be put to music characterized with a slower, more solemn pace and sung with reverence. A century later Felix Mendelssohn had no cathedral or Christian notion in mind as he scored the second chorus of a cantata commemorating John Gutenberg’s invention of printing.  In fact Mendelssohn was quite adamant that his music only be appreciated in secular settings.   The back story to how Wesley’s verse and Mendelssohn’s music came together is a testament to the Christmas story itself.   When a third individual, William Cummings by name, came along in 1855, he brought the work of both these musicians together in spite of their express wishes.  Cummings took Wesley’s words and
Read more

On Being a Missional Church 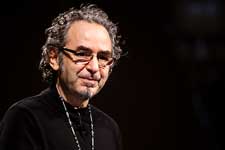 Before us lies the challenge and opportunity to express our sharing in the triune life of God through participation together in the mission of the Father, through the Son, in the Spirit, for the sake of the church and all the world.  I have been helped in thinking about our shared mission by the ongoing conversation in Evangelicalism that often uses the term " missional church."  A primary voice in this conversation is Alan Hirsh (pictured above).  In his article "Defining Missional " (full article posted at ChrisianityToday .com ), Hirsch writes that... It has become increasingly difficult to open a ministry book or attend a church conference and not be accosted by the word missional . A quick search on Google uncovers the presence of " missional communities," " missional leaders," " missional worship," even " missional seating," and " missional coffee." Today, everyone wants to be missional . Can you thi
Read more
More posts
Welcome to The Surprising God where Grace Communion Seminary explores incarnational Trinitarian theology on behalf of Grace Communion International. Though both groups embrace the Nicene faith addressed here, posts on this blog are not official doctrinal statements. Comments that promote respectful discussion are welcomed and may be posted on GCS's Facebook groups: Trinitarian Theology Forum and Trinitarian Worship and Ministry.