Showing posts from January, 2010
Show all

From the mouth of babes 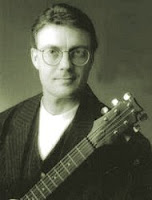 “I’m not really of much use to this church.  I’m only a volunteer worship leader, and not a full-time staff member.  My role here is so small, and besides, I really need to know a lot more about the theology of worship.” It was well over a dozen years ago, but still seems like yesterday.  I was feeling down and had begun to question my value as a volunteer member of a worship ministry team—wondering if those few hours of ministry each weekend were making any difference to anyone, and also wondering if I was really up to the task. Part of the problem was that for most of my adult life I’d been employed by a church, but severe budget cuts and large-scale layoffs had put an end to church employment, so it was easy to feel less a part of “real ministry.” Added to that, at the time I was stuck working as a temp on part-time jobs, and the kind of work wasn’t what I would have preferred as a career.  On the bright side, I was taking a few evening classes at a seminary to learn more about wors
Read more

By Ted Johnston - January 26, 2010
A trinitarian, incarnational understanding of the sacraments has significant implications for how we approach both baptism and the Lord's Supper. This issue is helpfully addressed by many trinitarian theologians. Here are two examples: Paul Fiddes writes in Participating in God: [We understand] the sacraments as pieces of earthly stuff that are meeting places with this [triune] God who exists in ecstatic movements of love. They are doors into the dance of perichoresis in God. [They are a means] of God’s gracious coming and dwelling with us. They are signs which enable us to participate in the drama of death and resurrection which is happening in the heart of God. We share in death as we share in the broken body of the bread and the extravagantly poured out wine, and as we are covered with a threat of hostile waters. We share in life as we come out from under the waters…to take our place in the new community of the body of Christ, and to be filled with the new wine of the Sp
Read more

How do we worship in times of suffering? 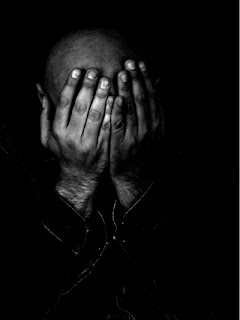 “Our small congregation has really been through a lot recently—several deaths, serious illnesses, unemployment, people moving away….we’ve been hit hard.” My friend was describing what he’s been facing as a ministry team volunteer, and I took no joy in letting him know he had also just described the exact condition of the small congregation I serve on the other side of town.  Over coffee we commiserated and talked about worship during times of trial and suffering.  Not meaning to sound trite—there seems to be more than enough suffering to go around. Events of last week brought more suffering into view.  I was assisting a local university’s Service Learning Program in Los Angeles consisting of six days of intensive, hands-on education at social service agencies of which just a partial listing includes an adult day care center for those suffering with Alzheimers, a global human rights agency fighting against genocides and caring for refugees, a social/psychiatric treatment center (includi
Read more

In John 3:36, we read this: Whoever believes in the Son has eternal life, but whoever rejects the Son will not see life, for God's wrath remains on them. How are we to read this statement? A lot depends on the lens through which we look. If it's a  theology of separation , this verse might be interpreted as indicating that God stands separate from and in wrath against all people *until* the moment they believe in Jesus, at which point God enters their lives (for the first time), stops being wrathful toward them, and grants them eternal life. But is that interpretation justified? We would say no, because it is inconsistent with what Scripture tells us about who God is, as revealed to us in the person of the incarnate Son of God, Jesus Christ. According to that revelation---reading this verse through that lens---rather than separate from sinners, God is  a friend of sinners;  God is Immanuel ---God with us and for us, the God of love who, in the person of Jesus, died for us
Read more

Where is God when the world suffers?

By Ted Johnston - January 15, 2010
The current tragedy in Haiti leads many to ask: Where is God when the world suffers?  For some, human suffering is evidence that there is no God. For others, it is evidence that God is either aloof (ignoring our suffering) or vengeful (causing it). The truth, revealed to us in the person of Jesus of Nazareth is this: God cares deeply, and is fully present with us in our suffering. We learn in Holy Scripture that God loved the world so much that he sent his one and only Son to become one of us in order suffer and die with us and for us (John 3:16). He did not come among us 2000 years ago, and he is not with us now, as a God of retribution who brings suffering upon his creation (John 3:17). No, the God we know in Jesus came and remains with us as Immanuel - God with us and for us - as one of us. God in the flesh (John 1:14). Through the Incarnation,  the Son of God, in the person of Jesus, took upon himself the fullness of our humanity - with all its sin and suffering. He did s
Read more

Final quotes from "The God Who Believes" 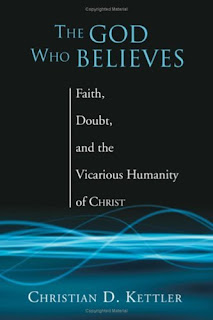 This post concludes a series reviewing Christian Kettler's book, The God Who Believes - Faith, Doubt, and the Vicarious Humanity of Christ .  For other posts in the series, click a number: 1 , 2 , 3 . We conclude now with several quotes from the book. "Jesus believes when I am unable to believe. Jesus acts when I am unable to act. Jesus loves when I am unable to love. Jesus forgives when I am unable to forgive. Jesus lives when I am dead in my sins. That is the power of truth become personal, the power of a vicarious life" (p. 102). "A vicarious life is a life that can be shared with others. The worship of the Father by the Son in the Spirit is but a part of a complete life of faith and obedience to the Father that in turn offers to us a share in this intimate communion between the Father by the Son in the Spirit. The Son indeed 'sanctifies' himself, sets himself apart for a holy use, for our sakes" [John 17:19 & Heb. 2:11] (p. 102). &quo
Read more

Happy New Year!  However if you are anything like me and a lot of other folks, a big part of the celebration was shouting GOOD RIDDANCE to 2009!  What a year!  Almost nothing went according to plan, and there was plenty of what felt like failure, and not much to brag about.  And when enough things flop altogether or turn out dramatically different than you thought they would, at some point you not only feel a lack of power and wisdom—you wonder if you really know anything at all. So now its a new year and you definitely feel the need to look beyond yourself.  Help arrives with the inspired words of the Apostle Paul. Throughout the first two chapters of I Corinthians Paul describes God’s faithful love known in fellowship with the Son, Jesus Christ our Lord.   Paul proclaims the wisdom, power and grace that is Christ crucified—and says we share that wisdom and mind of Christ in our new life in Christ!  But he reminds us that although such wisdom transcends worldly knowledge and wisdom, t
Read more
More posts
Welcome to The Surprising God where Grace Communion Seminary explores incarnational Trinitarian theology on behalf of Grace Communion International. Though both groups embrace the Nicene faith addressed here, posts on this blog are not official doctrinal statements. Comments that promote respectful discussion are welcomed and may be posted on GCS's Facebook groups: Trinitarian Theology Forum and Trinitarian Worship and Ministry.