An incarnational view of the atonement 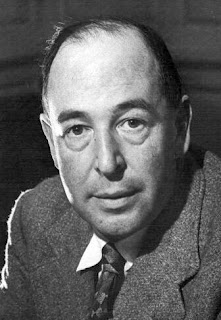 Trinitarian, incarnational theology emphasizes that the atonement is not accomplished merely by what Jesus has done for us, but who he is for us--the incarnate Son of God who was born, lived, ministered, suffered, died, rose bodily, ascended bodily and now, remaining fully God and fully human (1Timothy 2:5), lives to intercede for us. This incarnational view of the atonement is explained by C. S. Lewis (pictured at right) in Mere Christianity (for Thomas Torrance's similar view of the atonement, click here):

"We are told that Christ was killed for us, that His death has washed out our sins, and that by dying He disabled death itself.  That is the formula.  That is Christianity.  That is what has to be believed.  Any theories we build up as to how Christ's death did all this are, in my view, quite secondary: mere plans or diagrams to be left alone if they do not help us, and, even if they do help us, not to be confused with the thing itself. All the same, some of these theories are worth looking at.

"The one most people have heard is the one...about our being let off because Christ volunteered to bear a punishment instead of us. Now on the face of it that is a very silly theory.  If God was prepared to let us off, why on earth did He not do so? And what possible point could there be in punishing an innocent person instead? None at all that I can see, if you are thinking of punishment in the police-court sense. On the other hand, if you think of a debt, there is plenty of point in a person who has some assets paying it on behalf of someone who has not. Or if you take "paying the penalty," not in the sense of being punished, but in the more general sense of... 'footing the bill,' then, of course, it is a matter of common experience that, when one person has got himself into a hole, the trouble of getting him out usually falls on a kind friend.

"Now what was the sort of 'hole' man had gotten himself into? He had tried to set up on his own, to behave as if he belonged to himself. In other words, fallen man is not simply an imperfect creature who needs improvement: he is a rebel who must lay down his arms. Laying down your arms, surrendering, saying you are sorry, realising that you have been on the wrong track and getting ready to start life over again from the ground floor - that is the only way out of a 'hole.'  This process of surrender - this movement full speed astern - is what Christians call repentance.  Now repentance is no fun at all. It is something much harder than merely eating humble pie. It means unlearning all the self-conceit and self-will that we have been training ourselves into for thousands of years. It means... undergoing a kind of death. In fact, it needs a good man to repent. And here comes the catch. Only a bad person needs to repent: only a good person can repent perfectly. The worse you are the more you need it and the less you can do it. The only person who could do it perfectly would be a perfect person - and he would not need it.

"Remember, this repentance, this willing submission to humiliation and a kind of death, is not something God demands of you before He will take you back and which He could let you off of if He chose: it is simply a description of what going back to Him is like. If you ask God to take you back without it, you are really asking Him to let you go back without going back. It cannot happen. Very well, then, we must go through with it. But the same badness which makes us need it, makes us unable to do it. Can we do it if God helps us? Yes, but what do we mean when we talk of God helping us? We mean God putting into us a bit of Himself, so to speak. He lends us a little of His reasoning powers and that is how we think: He puts a little of His love into us and that is how we love one another. When you teach a child writing, you hold its hand while it forms the letters: that is, it forms the letters because you are forming them. We love and reason because God loves and reasons and holds our hand while we do it. Now if we had not fallen, that would all be plain sailing. But unfortunately we now need God's help in order to do something which God, in His own nature, never does at all - to surrender, to suffer, to submit, to die. Nothing in God's nature corresponds to this process at all. So that the one road for which we now need God's leadership most of all is a road God, in His own nature, has never walked.   God can share only what He has: this thing, in His own nature, He has not.

"But supposing God became a man - suppose our human nature which can suffer and die was amalgamated with God's nature in one person - then that person could help us. He could surrender His will, and suffer and die, because He was man; and He could do it perfectly because He was God. You and I can go through this process only if God does it in us; but God can do it only if He becomes man. Our attempts at this dying will succeed only if we men share in God's dying, just as our thinking can succeed only because it is a drop out of the ocean of His intelligence: but we cannot share God's dying unless God dies; and he cannot die except by being a man. That is the sense in which He pays our debt, and suffers for us what He Himself need not suffer at all" (pp. 58-60).