Showing posts from May, 2010
Show all

Experiencing the mysterious self-revelation and self-communication of God

- 5/31/2010
This post was contributed by worship leader Mike Hale. “I can’t explain it,” someone says after the worship service, “but I just know that something happened today while we were [fill in the blank here – singing, praying, testifying, listening to the sermon, etc.], and I had the distinct sense that God was in it, and that I could almost feel His presence!” It might have been during a particularly dramatic service, or surprisingly, it might have been in a ‘regular’ meeting in which nothing particularly dramatic had been presented. Or perhaps it was in a prayer meeting, or in small group, or even while reading or praying alone at home, or while talking about God with a friend over coffee. Or a person might experience such feelings in the course serving and attending to the needs of others. What happened? Was it just our imagination – just emotions? And since we can’t seem to explain exactly what occurred, was it real, or just a warm fuzzy feeling? We like logic and want to be sound-m
Read more 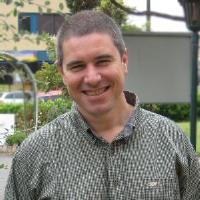 The following quote is from an essay by Anglican minister Andrew Katay of Australia (pictured right). The essay, titled   Is Being Evangelical Enough? Or, How to Live among Imperfect Company , i s quoted here with Katay's permission. Thanks to Santiago Lange (GCI Germany) for sharing it with us. Trinitarian theology proceeds from the principle that we must start our theologising from the story of the gospel, in which we are initially presented with three agents: Jesus of Nazareth, who is the Christ, the Son of God and who came to be worshiped as God himself;  the Father of that Son, whose kingdom Jesus claimed to be bringing into effect; [and] the Spirit, given by the Father through the Son, who was immediate in the experience of the church. If the Christian conviction is that in the gospel God reveals himself so that we have to do with God as he is, not merely with another prophet or an angel, then the threeness of God stands as prominently at the centre of the reality of Go
Read more

- 5/24/2010
In the Western Christian calendar, Sunday May 30, 2010 is  Trinity Sunday .  This celebration gives churches opportunity to focus on the central Christian doctrine of the Trinity, which proclaims that the one God is eternally Father, Son and Holy Spirit. Here are two resources for preparing a sermon on the doctrine of the Trinity: A Word From Our Sponsor video sermon  from Mike Feazell titled, The Doctrine of the Trinity: Does it Make Any Difference? A sermon manuscript  from Brian McLaren. His sermon, posted at Preaching Today.com is titled What About the Trinity? "
Read more

Pentecost, the church and its mission

- 5/18/2010
In " Atonement: The Person and Work of Christ ," T.F. Torrance makes frequent reference to the meaning and importance of Pentecost in salvation history. On page 263-264, he links Pentecost with the church in it's gospel mission: "In...its waiting and expectation [of Jesus' return] the church is commanded by its Lord to lift up its head in thanksgiving and joy, for its 'redemption is drawing near' [Luke 21:28]. The church of the risen Lord has no right to be a prophet of gloom or despair, for this world has been redeemed and sanctified by Christ and he will not let it go. The corruptible clay of our poor earth has been taken up in Jesus, is consecrated through his sacrifice and resurrection, and he will not allow it to sink back into corruption. Hence the whole creation groans and travails waiting for the manisfestation of the sons of God, looking forward with eager expectation to the hour of final liberation and renewal in the advent of its rise
Read more

The false gospel of moralistic deism 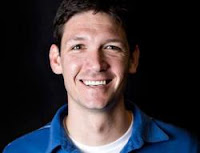 Matt Chandler The antithesis of the gospel of the grace of the Triune God given to us in the person of Jesus, is a moralistic deism (sometimes referred to as moralistic therapeutic deism ) that posits a distant God whose relationship with us is grounded in a system of moral religion. From this viewpoint, Jesus is our Savior in an historic sense, but now relates to us as a great moral teacher whose perfect moral example we are called to emulate. The Holy Spirit is then given to help us do so. I'm grateful that some well-known contemporary evangelical leaders, like Matt Chandler, are speaking out against this false gospel. To view videos of other leaders addressing this issue, click here .
Read more 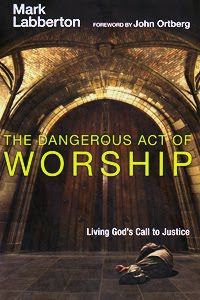 This post was contributed by worship leader Mike Hale. Perhaps the most thought-provoking and unsettling book I’ve read about worship is The Dangerous Act of Worship , by Mark Labberton (2007 IVP). The book jacket presents the discomforting picture of a desperate figure sprawled on the cold stone walkway outside a church, seemingly neglected, forgotten, and out of sight and out of mind from those inside – those gathered to worship behind safe thick walls and heavy closed doors. The author points out that while the believers inside those walls want to be separate from the world, they also claim to be called to worship a God that reveals himself as a God of great mercy and selfless, sacrificial love for all humanity – including (and especially) the powerless, the poor, the prisoner, and the oppressed. So Labberton challenges us to learn to “live with a wise openness toward others, finding ways of being available and alert and responsive” to those in need. In Labberton’s view the Church
Read more

Ascension Sunday: Celebrating our participation in the continuing humanity of the risen Christ

- 5/05/2010
On  Ascension Sunday  (May 16 this year) m any churches will celebrate Jesus' ascension from earth to the Father's right hand in heaven (see Luke 24:50-51; Acts 1:1-2 ). What does Jesus' ascension mean for us? T.F. Torrance answers in "Royal Priesthood," noting the truth that Jesus ascended "in the fulness of His Humanity," remaining "bone of our bone and flesh of our flesh" so that in union with him, we are "bone of His bone and flesh of His flesh ( Eph. 5.30 )" (p. 43). Torrance exhorts the church to take this truth seriously: If Jesus Christ is not risen in Body, then salvation is not actualised in the same sphere of reality in which we are, and we are yet in our sins ( 1 Cor. 15.17 ). If Jesus Christ is not ascended in the fulness of His Humanity, then we have no anchor within the veil and there is no hope for us men and women of flesh and blood ( Heb. 6.19; Col. 1.27 ). To...dehumanise Christ is to make the Gospel of no
Read more
More posts
Welcome to The Surprising God, a blog moderated by Grace Communion Seminary (GCS) faculty member Ted Johnston. Here, Ted and other authors explore incarnational Trinitarian theology on behalf of GCS and its sponsor, Grace Communion International (GCI). Though GCS and GCI both embrace the Nicene faith addressed here, posts on this blog are not official doctrinal statements. Comments on blog posts may be posted on either of GCS's Facebook groups: Trinitarian Theology Forum or Trinitarian Ministry and Worship.