- 9/23/2010
What is theology?  Very simply, it is God knowledge. We each have a working theology – a framework that undergirds our understanding of doctrine. Think of this framework as the "glasses" through which we view Jesus Christ (God’s Living Word); the gospel (the Apostolic word concerning Jesus); and Holy Scripture (the written word of God, which reveals the gospel). We seek a framework faithful to all three, understanding that Jesus Christ himself is the ultimate truth.

All Christian theologies seek to uphold orthodox Christian doctrine. Therefore, in comparing these theologies, we are talking about differing understandings among Christian brothers and sisters who are seeking to serve the same Lord. Thus, our discussion should reflect respect and gentleness, helping us live in peace rather than division. We should all remember that the truth of God lies not in our theological frameworks, but in Jesus Christ, a living person, who alone is the Truth, the Way and the Life.

Within the Christian community, numerous theologies have arisen. Various forms of Calvinism and Arminianism have held places of prominence. 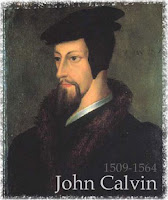 Calvinism is a theology that derives from the teaching of the Protestant reformer, John Calvin (1509-1564). It emphasizes God’s sovereignty in both election and salvation. There are multiple forms; most embracing two related, foundational precepts:
• Limited atonement—the idea that Jesus died only for the elect (those predetermined to be saved).
• Irresistible grace—the idea that the elect will be saved and this election cannot be resisted by those who are elected to salvation. 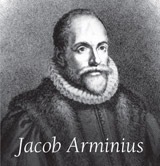 Arminianism is a theology that derives from the teachings of the Protestant reformer, Jacob Arminius (1560-1609). He rejected Calvin’s ideas of a limited atonement and irresistible grace, insisting that Jesus died for all humanity, and that all people can be saved if they take necessary personal action, which is enabled by the Spirit. Thus Arminianism locates the actualization of a person’s salvation at the point of their personal decision. This theology, while upholding God’s sovereignty in salvation, tends to emphasize and thus rely on human decision.

This theology is Trinitarian in that it begins with the understanding that the one God exists eternally as the inseparable union of three distinct persons: Father, Son and Spirit. Theology is knowledge of God, and the Trinity is who God has revealed himself in Jesus to be in his own divine nature. Thus, the doctrine of the Trinity lies at the heart of this theology.

The twin doctrines of the Trinity and of Jesus’ Incarnation (with his representative -- substitutionary humanity) are biblical truths concerning God, Jesus and all humanity. They are the foundational “truths of all truths” -- the logic, if you will, with which this theology seeks to reason about all things, including doctrine, mission, worship, etc.

As noted above, this theology (like all theologies) is the glasses by which we read and thus seek to understand our Christian faith. Rather than beginning with, and thus seeing through the glasses of human religious experience (with an emphasis on the personal and present moment of encounter with God), we seek to begin with and thus see through the glasses of the biblical truths of who God truly is in himself, and what this says about who we (humans) truly are in union with God in and through Jesus Christ.

In this way, we seek to think with Christo-logic. As noted by Thomas F. Torrance, Jesus is both the ground (foundation/origin) and the grammar (organizing principle/logic) of the Godhead and of the entire created order -- all humanity included.

In GCI we embrace incarnational Trinitarian theology because we see it as fully faithful to Jesus, God’s Living Word and the revelation of that Living Word in the Bible -- God’s word in writing.

To learn more about this theology, click here.
Welcome to The Surprising God, a blog moderated by Grace Communion Seminary (GCS) faculty member Ted Johnston. Here, Ted and other authors explore incarnational Trinitarian theology on behalf of GCS and its sponsor, Grace Communion International (GCI). Though GCS and GCI both embrace the Nicene faith addressed here, posts on this blog are not official doctrinal statements. Comments on blog posts may be posted on either of GCS's Facebook groups: Trinitarian Theology Forum or Trinitarian Ministry and Worship.