- September 21, 2010
This post was contributed by worship leader Mike Hale.
Here we are singing in church—sinners saved by grace—all singing praises and giving thanks through the Spirit for the love of God known in Jesus, who has made us his own, and who lives in us (Gal. 2:19-20).

Yet admittedly, sometimes we church-goers and the churches we attend become not a little hard to stomach, so it has become common of late for book after book to trumpet the general notion that “God is good, but church stinks, so I’m outta here,” as perceptive authors point to church problems and quote the disillusioned, the turned-off, the disaffected.

So it was quite a change t 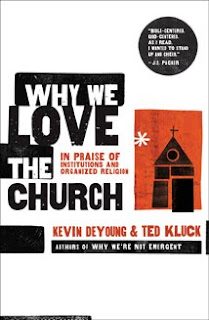 o see a book titled Why We Love the Church: in praise of institutions and organized religion, 2009, by Kevin Deyoung and Ted Kluck (also coauthors of Why We’re Not Emergent). While agreeing the church has a boatload of problems and imperfections, the authors take exception to the growing attempt to have God without church, and they hope that by God’s grace their book might encourage four kinds of people—the committed, the disgruntled, the waffling, and the disconnected—to not give up on the local church, no matter how imperfect it may be.

Citing a common tendency to develop an idealized notion of how a churched community should be, the authors aptly quote Dietrich Bonhoeffer from Life Together,

Anyone who loves the dream of community more than the Christian community itself [warts and all] becomes a destroyer of the latter even though the devotion to the former is faultless and the intentions may be ever so honest, earnest and sacrificial.

My theology is not identical to Deyoung’s and Kluck’s, but their book contains plenty to agree upon. Ted Kluck says his generation (people in their 30’s) seems to want to feel great during each and every church service, which besides being a bit unrealistic is not what community and the gospel are about. He then paints a touching real picture of the church community of love he is part of—including what looks for all purposes like a lack of happy endings—as rather than continual mountaintop experiences, or perfect testimonies, people suffer with, care for, and pray for one another.

As I look around the room this morning, I see a great man with Lou Gehrig’s disease, holding hands with his sweet wife. I see another couple, the husband just diagnosed with cancer that will probably take his life in six months or so. I see a weird military vet guy who fried his brain on drugs in Iraq… (pp. 192-3). 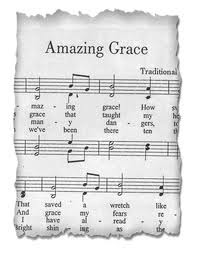 iate their discussion of the invisible-visible dimension of church. In a nutshell, the saints are, of course, still human—still sinners—therefore much of the glory of the church is yet to be fully revealed, is still hidden, so to speak, in the visible church. “Instead of beauty we see imperfection. We see a community often unlike Christ. We see the church with little ‘already’ and a lot of ‘not yet’” (page 163). And rather than seeing this as a reason for being patient with the church, some use it as an excuse to leave or avoid commitment to the gathered body of Christ.

Related to the “already” and “not yet” is the matter of “the old man, and the new man,” and there is an excellent discussion on this important subject, including how it relates to corporate worship, in a recent interview with Jeff McSwain, founder of Reality Ministries, on the You’re Included program. [Click here to view the entire 31 minute video interview, which is Jeff’s third on the program.]

Jeff is asked about how we can live now by the Holy Spirit as righteous sons of God, even though our lives are a mixed bag of righteousness and wickedness. Is it that, as Paul says in 1 Cor. 13, “we see in a glass (or mirror) darkly”—that we see poorly, have a hard time seeing our true selves as God made us to be, but that the time is coming when we will see ourselves as we really are?

Jeff McSwain: That’s right. That distortion is there, because we think of our own sinfulness in a sinful way, and only by the revelation of God can we really see him and ourselves as we really are. And we have to keep reminding each other of that. That’s why this whole thing is corporate from beginning to end. What must I do to be saved? Well, BE saved, because you are. How do I do that? How do I do that? I want to know how, how, how? Well, let’s do it together. Let’s just celebrate it. Let’s pretend like it’s true. Let’s keep thanking God over and over and be grateful for what he has done, and let’s rub in the ointment of grace, and pretty soon we’ll begin to have the mind of Christ which we have been given to think about ourselves more accurately, and not only that, to think about everybody else in the world more accurately.

The mind of Christ. The ointment of grace. Amen. That’s why we sing—together.
Welcome to The Surprising God where Grace Communion Seminary (GCS) on behalf of Grace Communion International (GCI) explores the content and application of Incarnational Trinitarian Theology. Except as noted, posts are from GCS faculty member Ted Johnston. Though GCS and GCI embrace what is expounded here, blog posts are not official doctrinal statements. To comment on what is posted here, go to GCS's two Facebook groups (Trinitarian Theology Forum and Trinitarian Ministry and Worship) where posts from here are often re-posted.