Showing posts from January, 2016
Show all

Do we have authority to forgive sins? 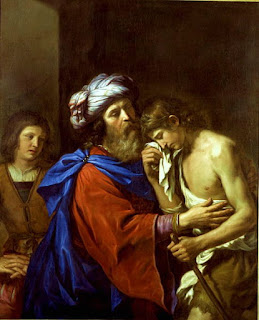 "My son, I have always loved, accepted and forgiven you---now, come join the party." The Parable of the Prodigal Son by Guercino (public domain via Wikimedia Commons) I'm often asked about something Jesus said to his disciples following his resurrection: ...“Peace be with you! As the Father has sent me, I am sending you.” And with that he breathed on them and said, “Receive the Holy Spirit. If you forgive anyone’s sins, their sins are forgiven; if you do not forgive them, they are not forgiven. ” (John 20:21-23 emphasis added) Is Jesus declaring that his followers have authority to forgive sin or to withhold forgiveness? Some think so, but note the context here---John is giving his account of the commissioning of Jesus' disciples (the Synoptic Gospels give another account). When Jesus says to his disciples, "I am sending you" (John 20:21)   John likely intends that we recall what Jesus had earlier prayed to the Father: “As you sent me into the wo
Read more 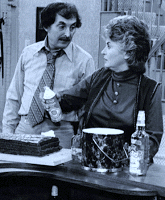 GCI pastor David Gilbert has produced an evangelism, invitation-to-church brochure grounded in incarnational Trinitarian theology (see the text below). To download the brochure in Windows (.docx) format,  click here . You have David's permission to use it in your congregation (first change the host church information). It's formatted for two-color, double-sided, tri-fold printing. To download another GCI-produced gospel tract click here . Here is some good news: You’re included! In a world filled with the heartache of broken relationships, it’s no wonder we long for connection—to love and be loved— to be included . Sadly, when struggles and heartaches mount, many of us give up on this deep longing. But there is good news! God offers us a love worth finding and a love worth sharing. At [name of church] we experience that love, believing God absolutely and positively has done all it takes for everyone to be included in his love and life with its abundant, fulfilling relati
Read more 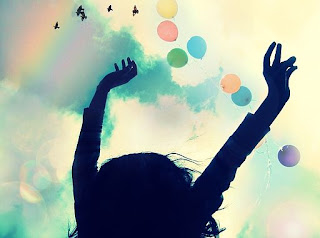 This post continues a review of key points in Ron Highfield's book,  God, Freedom & Human Dignity: Embracing a God-Centered Identity in a Me-Centered Culture . For other posts in the series, click a number:  1 ,  2 , 3 , 5 ,  6 ,  7 ,  8 ,  9 ,  10 ,  11 ,  12 ,  13 . Colors of Happiness by Candilov (creative commons attribution, Wikimedia Commons) Last time we noted that the modern, me-centered self is insatiable in its desire, particularly in its quest for a god-like personal freedom. But because we are not God (and thus lacking God's attributes, including his non-contingent freedom), we humans eventually crash up against the hard reality that our insatiable desire is "infinitely greater" than our capacity to satisfy ourselves. Thus a me-centered quest for freedom eventually leads to a state of futility, even despair, "for no finite thing can satisfy an infinite desire" (p. 100). This time we'll examine the nature of human freedom, the li
Read more

The insatiable modern self 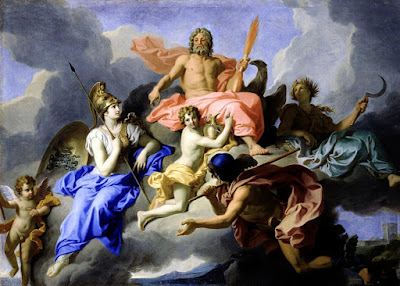 This post continues a review of key points in Ron Highfield's book,  God, Freedom & Human Dignity: Embracing a God-Centered Identity in a Me-Centered Culture . To read other posts in the series, click on a number: 1 , 2 , 4 ,  5 ,  6 ,  7 ,  8 ,  9 ,  10 ,  11 ,  12 ,  13 . Last time we identified three reactions to God common in our day: defiance, subservience and indifference. All three see God as "unworthy of our complete trust and love" (p. 77). This negative assessment results largely from conceiving of God as "superhuman"---possessing qualities like our own, but in far greater measure. This modern/post-modern conception of God is not unlike that found in ancient mythologies (see picture). As we'll see, its net effect is rejection of a God-centered personal identity in favor of one that is decidedly me-centered---one that gives expression to what Highfield refers to as "the insatiable modern self." Minerva and the Triumph of Jupiter
Read more 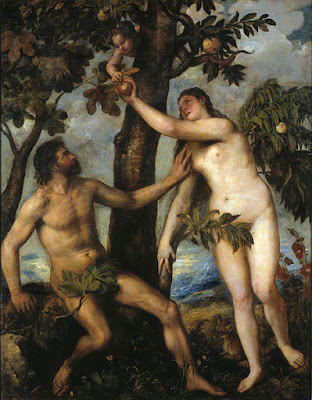 This post continues a review of key points in Ron Highfield's book,  God, Freedom & Human Dignity: Embracing a God-Centered Identity in a Me-Centered Culture . To read other posts in this series, click on a number: 1 , 3 ,   4 ,  5 ,  6 ,  7 ,  8 ,  9 ,  10 ,  11 ,  12 ,  13 . Adam and Eve by Titian (ca. 1550) Public Domain via Wikimedia Commons As noted last time , human freedom and dignity are found not in a me-centered identity grounded in the false values of modernity, but in a God-centered identity grounded in the person of Jesus. But there is a problem---moderns tend to view God not as a source of freedom and dignity, but as an obstacle. That being so, they tend to react to God in one of three ways: defiance , subservience , or indifference . As we'll see, all three lead to bondage, not freedom. Defiance Because moderns tend to view God as their "ultimate enemy," they respond to God by seeking to "guard their freedom and dignity against
Read more
More posts
Welcome to The Surprising God, a blog moderated by Grace Communion Seminary (GCS) faculty member Ted Johnston. Here, Ted and other authors explore incarnational Trinitarian theology on behalf of GCS and its sponsor, Grace Communion International (GCI). Though GCS and GCI both embrace the Nicene faith addressed here, posts on this blog are not official doctrinal statements. Comments on blog posts may be posted on either of GCS's Facebook groups: Trinitarian Theology Forum or Trinitarian Ministry and Worship.