Showing posts from July, 2016
Show all

How big is hell?

Unless my wife Tammy is traveling with me, most of my seatmates on planes don't seem to want much conversation---especially after they ask, “What do you do?,” and I reply, "I’m a pastor." But when I say "I supervise missionary work," more conversation often ensues.

Recently, a seatmate asked, “How big do you think hell is?” It’s interesting he didn’t ask for my definition of hell, or what the Bible says about it. He just wanted to know how big it is. I jokingly asked if he was familiar with the pictures of Dante’s Inferno (see an example below). When he replied "no" I said, “Dante makes it look as though hell is already full!” I went on to explain that the topic of hell seems to suffer from more misinformation that is typically realized.

Most are surprised to learn that the early church did not dogmatize the topic of hell, nor was th…
Read more

The ministry of the heard Word of God 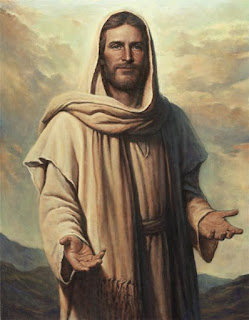 This post continues a series examining key points of Andrew Purves' book Reconstructing Pastoral Theology: A Christological Foundation. For other posts in the series, click a number: 1, 2, 3, 4. 5, 6, 7, 9, 10, 11.

We looked last time at the ministry of the spoken Word of God (in preaching and pastoral care). Now we'll look at the ministry of the heard Word of God. Jesus is the focus in both, for as Purves notes, as the incarnate Word of God, Jesus "not only speaks God's Word to and for us...as a man he hears and receives God's Word on our behalf" (p. 166). This is truly good news, because left to our own devices in either aspect of ministry, we are cast back on ourselves---left helpless and without hope.

Jesus: speaking God and hearing man As Purves notes, Jesus is "speaking God and a hearing man, and this for us." Indeed, the gospel declares that the God-man Jesus, being our representative and substitute, both speaks and hears (and in hearing obey…
Read more

The ministry of the spoken Word of God 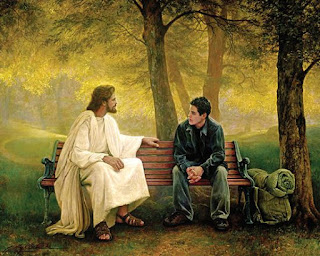 This post continues a series examining key points of Andrew Purves' book Reconstructing Pastoral Theology: A Christological Foundation. For other posts in the series, click a number: 1, 2, 3, 4. 5, 6, 8, 9, 10, 11.

This post continues a series examining key points of Andrew Purves' book Reconstructing Pastoral Theology: A Christological Foundation. For other posts in the series, click a number: 1, 2, 3, 4. 5, 7, 8, 9, 10, 11.

Purves now addresses the essential missional character of the church, noting that by our union with Christ, we have both opportunity and the calling as members of the body of Christ (the church), to participate with Jesus our one High Priest, in what he is now doing, by the Spirit, to fulfill the Father's mission to the world.

The broad scope of Christ's mission That calling, which is for the whole church, involves sharing in what our Lord is doing to redeem every aspect of human existence: spiritual, social, economic, etc. Purves comments on this broad scope of mission:
There are no limits to the compassion God has shown toward the human race in Jesus Christ [thus] there can be no limits upon the scope of the church's mission in union with Christ to the who…
Read more
More posts
This blog, which focuses on incarnational Trinitarian theology, is produced by Grace Communion Seminary on behalf of Grace Communion International. Though both GCS and GCI embrace this theology, posts on this blog are not official statements. To comment on a post, click here and here for Facebook groups where posts are often featured.