Showing posts from February, 2017
Show all

Thoughts about The Shack

[Updated 2/28/17] We've been hearing a lot of "buzz," both positive and negative, about the movie, The Shack . As you probably know, it's being released in U.S. theaters on March 3. I find that many of the objections to the movie are based on misunderstanding concerning the nature and content of the book The Shack  by Paul Young (the movie closely follows the book). These misunderstandings, I think, have largely to do with a failure to recognize that the book is a work of fiction. I hasten to add, however, that fiction is able to convey powerful truth---that is certainly the case with The Shack,  which, I believe, upholds the truths codified for the church in the ancient creeds, including the Nicene Creed. If you're unfamiliar with the movie, here is one of its trailers: People who are critical of the book The Shack (and thus the movie) also often fail to account for the fact that The Shack  is not only fiction, but is written in the form of an alleg
Read more

I think you'll enjoy this GCI You're Included interview in which Dr. Jeremy Begbie shares his thoughts on the unique powers of music and how they enrich our understanding of theology.
Read more

The nature of our union with Christ 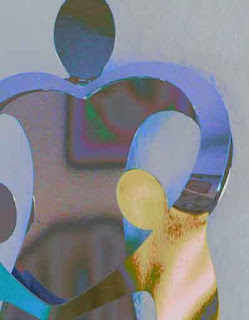 This post excerpts Gary Deddo's essay, " The Christian Life and Our Participation in Christ’s Continuing Ministry" (to read the full essay, click here ). The portion excerpted here relates to clarifying the meaning of the important New Testament concept of "union with Christ." The New Testament message is that we are so united to Christ that the core of our very being is changed because it has become spiritually joined to the perfected humanity of Jesus. The apostle Paul writes that we are one in Spirit with Christ (1 Corinthians 6:17). In his letter to the Ephesians he writes that we are presently—right now—seated with Christ in the heavenlies (Ephesians 2:6). We are so joined that what happened to Christ 2,000 years ago has actually included us. So in Paul’s letter to the Colossians we read that we have co-died with Christ and have been co-raised with Christ (Colossians 2:12-3; 3:1). Paul announces this fact as a completed action that is true of all the me
Read more
More posts
Welcome to The Surprising God, a blog moderated by Grace Communion Seminary (GCS) faculty member Ted Johnston. Here, Ted and other authors explore incarnational Trinitarian theology on behalf of GCS and its sponsor, Grace Communion International (GCI). Though GCS and GCI both embrace the Nicene faith addressed here, posts on this blog are not official doctrinal statements. Comments on blog posts may be posted on either of GCS's Facebook groups: Trinitarian Theology Forum or Trinitarian Ministry and Worship.