God's plan to renew the cosmos in Christ


For God so loved the world, that he gave his only Son, that whoever believes in him should not perish but have eternal life. For God did not send his Son into the world to condemn the world, but in order that the world might be saved through him. (John 3:16-17 ESV)

The word "world," which is "kosmos" in Greek, is perhaps better translated into our English word "cosmos." Indeed, the eternal Son of God became human via the Incarnation to bring restoration (salvation) both to humankind and the rest of God's good creation (i.e. the entire cosmos). 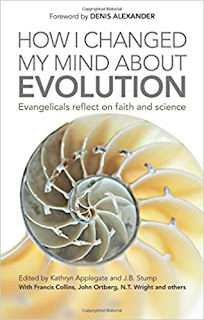 It's no stretch then to connect John's powerful "umbrella" statement with what we learn from science about God's activity in creating the cosmos---the cosmos he now is working to restore (renew, save). As noted in How I Changed My Mind About Evolution: Evangelicals reflect on faith and science (IVP 2016; Kathryn Appelgate and J.B. Stump eds.), the evidence of science suggests that God began creation of the cosmos with the "Big Bang" billions of years ago, and has continued shaping and developing it ever since using a process many Christians (including those who are scientists) refer to as "evolutionary creation" (formerly called "theistic evolution").

Thus the creative process has been a slow, developmental, evolutionary one. As a result, our genetic code exhibits traces of earlier species from which we developed over millions of years. In that regard, note this comment from Kathryn Applwgate: "Uncountable species that flourished and vanished left a trace of themselves in us" (p. 193, quoting Ernan McMullins of Notre Dame).

These traces of evolutionary development go all the way back to Adam and much earlier---a reality that has amazing, thought-provoking implications for the humanity of Jesus. In that regard, Applegate's quote of McMullins continues:


When Christ took on human nature, the DNA that made him the son of Mary may have linked him to a more ancient heritage stretching far beyond Adam to the shallows of unimaginably ancient seas. And so, in the Incarnation, it would not have been just human nature that was joined to the Divine,  but in a less direct but no less real sense all those myriad organisms that had unknowingly over the eons shaped the way for the coming of the human species. (p. 193b)

Some Christians, no doubt, find this assertion very troubling. But Applegate (program director at BioLogos) finds it quite inspiring. It may trouble some to think of God working so slowly---but isn't that what Holy Scripture suggests? Indeed, God has been at work since laying the foundations of the cosmos through the Big Bang, which occurred some 13 to 15 billion years ago. Since then, God has continued to both develop (create) and then renew (re-create) the cosmos---a work that won't be complete until Christ returns and is able to announce: "Behold I make all things new" (Rev. 21:5 KJV).

From science we learn that, in creating, God utilized a lengthy, developmental (evolutionary) process. From Scripture we learn that this developmental process came to a point of new beginning (a new "Big Bang"?) with the Incarnation, life, death, resurrection and ascension of Jesus and his sending of the Spirit---an event that happened comparatively recently in the long time-span of the history of the cosmos. How much further will that timeline stretch before God completes his work to "renew all things"? Time will tell. One thing is for sure---God works creatively and redemptively in and through his creation. By God's decree, that creation/redemption takes time---time he created, then gave to the cosmos and so to us. So we must be patient, standing in awe, rejoicing.
Welcome to The Surprising God, a blog moderated by Grace Communion Seminary (GCS) faculty member Ted Johnston. Here, Ted and other authors explore incarnational Trinitarian theology on behalf of GCS and its sponsor, Grace Communion International (GCI). Though GCS and GCI both embrace the Nicene faith addressed here, posts on this blog are not official doctrinal statements. Comments on blog posts may be posted on either of GCS's Facebook groups: Trinitarian Theology Forum or Trinitarian Ministry and Worship.