Showing posts from December, 2019
Show all

This post continues a series overviewing Trinitarian Grace and Participation: An Entry into the Theology of T. F. Torrance by Geordie W. Ziegler. For other posts in the series, click a number: 1.

Last time we looked at Thomas F. Torrance's foundational understanding that grace is the self-giving of the life and love of the Triune God. This time we'll explore TFT's understanding that the grace of God is a movement that proceeds from the Father, through the Son, in the Spirit. As noted by Geordie Ziegler, TFT taught that
the triune God exists eternally in the fullness of his life and love. The extension of this triune life and love beyond itself is a creative act, a mission whose sole purpose is to share God's life and love with that which is other than God.... In creation, God establishes an all-embracing framework of Grace within which and through which he shares with human beings the fellowship of his love. (Kindle, loc. 628) For TFT (pictured above and below), "t…
Read more 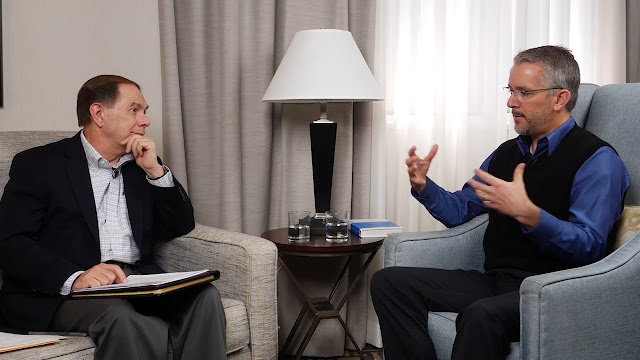 This post begins a series overviewing the book Trinitarian Grace and Participation: An Entry into the Theology of T. F. Torrance by Geordie W. Ziegler.

Due to complexity of thought and technical language, the writings of Thomas F. Torrance are, for many, difficult to understand. Geordie Ziegler's goal for Trinitarian Grace and Participation is to help readers see beyond these obstacles to the core of Torrance's teaching -- that core being the grace of God in Christ. As Ziegler emphasizes, Torrance (TFT, hereinafter) saw grace as the "interior logic" of all doctrines of the historic Christian faith:
Grace for Torrance is nothing less than the self-giving of God for our salvation. This self-giving of God is an activity of the whole Trinity which moves from the Father through the Son in the Spirit, and in the Spirit through the Son to the Father. The ultimate purpose of this motion of Grace is fellowship with human creatures and the redemption of the whole created order…
Read more
More posts
This blog, which focuses on incarnational Trinitarian theology, is produced by Grace Communion Seminary on behalf of Grace Communion International. Though both GCS and GCI embrace this theology, posts on this blog are not official statements. To comment on a post, click here and here for Facebook groups where posts are often featured.