Showing posts from June, 2021
Show all

The Trinity and the Cosmos 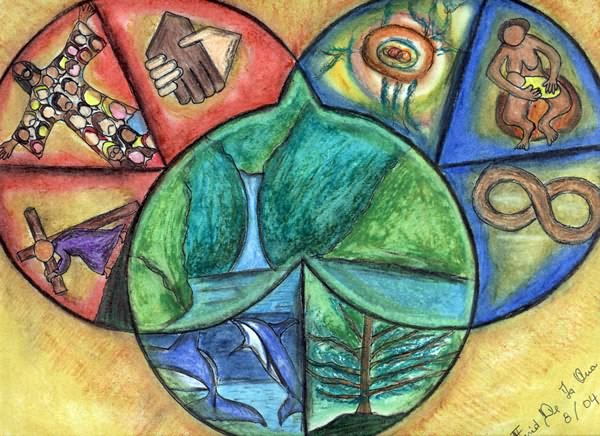 How are we to understand the relationship between the Triune God and the cosmos? In the essay posted here, Dr. Gary Deddo, President of Grace Communion Seminary, answers in accordance with the teachings of Thomas F. Torrance. [Addendum added on July 3, 2021] In some Christian circles, there is growing interest concerning the relationship between the Triune God and creation (the cosmos). The writings of Thomas F. Torrance contribute to this interest, as have the ancient writings of Irenaeus and Athanasius, and the modern writings of Karl Barth, Wolfhart Pannenberg, Helmut Thielicke and Jürgen Moltmann, Eberhard Jüngel, Colin Gunton, Stanley Grenz, Ray S. Anderson and James B. Torrance. Recently, interest has been picked up and passed on in less academic, more popular circles. On the nature of the Triune God Often discussed in the aforementioned writings concerning the relationship between the Trinity and the cosmos is the Incarnation of the eternal Son of God, with the Incarnation somet
Read more

Encouragement for ministry with Jesus

During the season in the Christian calendar known as "Ordinary Time" we focus on our walk with Jesus as his disciples. As those who follow Jesus, we are called and equipped by the Holy Spirit to participate with our Lord in his ongoing ministry to fulfill the Father's mission in the world. In 2 Cor. 4:1-5:8, the apostle Paul gives us encouragement for our participation. Introduction Ministry with Jesus is often difficult, even discouraging. When we face "down" times (and we all do), we can be strengthened by the apostle Paul’s encouragement:  Therefore, since through God's mercy we have this ministry, we do not lose heart. (2Cor 4:1)  Paul often faced his own difficulties in ministry, and sometimes he grew discouraged. Yet, during such "down" times he did not lose heart. Why? Because he knew whose ministry it was. Instead of bemoaning what he did not have, he rejoiced in what he did have. And Paul wants is to rejoice as well, despite the obstacles
Read more
More posts
Welcome to The Surprising God where Grace Communion Seminary (GCS) on behalf of Grace Communion International (GCI) explores the content and application of Incarnational Trinitarian Theology. Except as noted, posts are from GCS faculty member Ted Johnston. Though GCS and GCI embrace the theology expounded here, posts are not official statements of doctrine. You may comment on posts where they are reposted on GCS's two Facebook groups: Trinitarian Theology Forum and Trinitarian Ministry and Worship.