How can we know a God who is transcendent?

In Regarding Karl Barth, Toward a Reading of His Theology, Trevor Hart addresses key elements in the incarnational Trinitarian theology of Karl Barth. One of those elements concerns human knowledge of God, which according to Barth is not available through nature (the created order). According to Barth, this is so because God, being transcendent (not of the created order) can be known only through his self-revelation, which God has given to us in and through the incarnation of the eternal Word (Logos) of God. Barth taught that it is in the humanity of the incarnate Son of God, and through our encounter with the human God, by the Spirit, that we, by grace, are given an accurate revelation of God, and thus are able to know and relate to God. In short, knowledge of God is a miracle that comes through the incarnation and the event of our encounter with the incarnate Son of God. 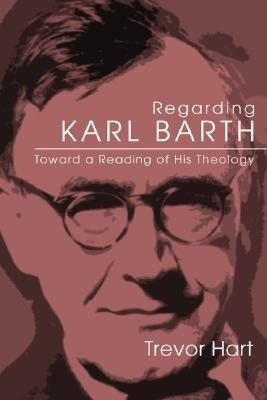 In pointing out that God is transcendent (differentiated) from the world, Barth is not saying that God is not immanent (present) to the world, for in fact God is. The question for Barth is thus not that God is present, but how God is present. Some try to answer that question with a pantheistic answer (all is God) or a panentheistic one (God is in all, or all is in God), but neither of these answers satisfied Barth who viewed God's transcendence not as a spatial or temporal category, but as involving "God's wholly and holy otherness...in whom we live and move and have our being" (p. 9).

Given this understanding of God's transcendence, Barth then asserts that

[God's general presence to the world] is not accessible to human knowing and experiencing. It is transcendent with respect to the objects of human experience and cognition.... God cannot be treated as if he were just another phenomenon within the sphere of human knowing. Thus [now quoting Barth] "we have to admit that we cannot see, hear, feel, touch, or either inwardly or outwardly perceive the one who reveals himself, not because he is invisible or pure spirit, but because he is God... the subject that escapes our grasp, our attempt to make him an object from which he is wholly transcendent." (p. 9)

As Hart points out, the implication of this is clear to Barth, namely that it is impossible in general terms to speak of God, because God

is not a "thing", either natural or spiritual. God, precisely because he is God, is not a possible object of human knowing or speech. This is not... because God is remote or absent form the world, but because his mode of presence within it is one of radical transcendence. (p. 10)

To understand Barth's position on this topic, it's important to understand that he views all human knowledge of God as mediated knowledge. This is to say that we humans do not have and, indeed, cannot have, direct knowledge of God. So, for example, we can't look at some aspect of nature (no matter how stunning) and come to know God in that encounter with nature. To know God, we must encounter Godself--and that is exactly what God has given us through the one Mediator between God and humanity, the incarnate Son of God, Jesus Christ. Hart summarizes Barth's viewpoint here:

In Jesus God himself has 'taken flesh' and entered into the sphere of creaturely existence which is also the sphere of human knowing. The boundary which separates God's existence from ours may ordinarily be an absolute barrier to our knowing God, but it is no obstacle to God himself in his freedom and his desire to cross the line and make himself known to us. For this to be possible he must assume a knowable form, and this he has done in Jesus Christ. God has entered the world of our conceptuality, become an object of our knowing. God, in other words, has become a part of the world of phenomena within which human knowledge ordinarily arises.... It is in this sense that the incarnation is the primary condition of the objective possibility of God's self-revelation in the world. The Word has 'become flesh'. (p. 13)

Hart then adds this comment concerning our knowing of God:

Our knowing which begins with the humanity of God in Christ, is indirect and mediated, but is one in which we are enabl3d to transcend the natural limits of our knowing by an act of the Creator Spirit from above, and are opened up to commune with God himself. In doing so we are not deified or supernaturalized, but our humanity is drawn into a creaturely correspondence with the reality of God. Revelation is thus not a phenomenon within the world, but an event, happening or action in which, through our knowing of certain this-worldly realities, we are drawn into a relationship with a reality lying beyond this world altogether. (p. 17)