The Christian Doctrine of God (part 1)

This is part 1 in a series by Torrance scholar Thomas Noble, summarizing Thomas F. Torrance's The Christian Doctrine of God: One Being Three Persons. For other posts in this series, click a number: 2, 3, 4. 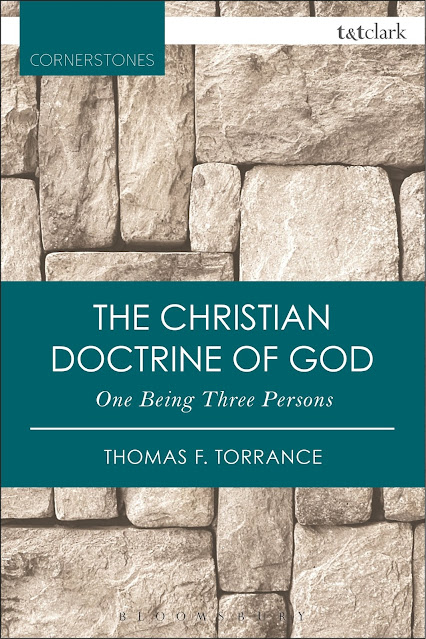 The Holy Trinity is more to be adored than expressed. The Holy Scriptures do not give us dogmatic propositions about the Trinity but a definite witness under which the Church allowed the pattern and order of God’s Triune Life to impose themselves upon its mind, the distinctive mind, or phronēma of the Catholic Church. Something of definitive and irreversible significance took place in the confession of the homoousion giving expression to the ontological substructure and coherence of the gospel. This is not to claim that the Nicene term homoousios is somehow sacrosanct and beyond reconsideration. It must be continually tested and revised in the light of what it was coined to express, but it proved to be of astonishing generative and heuristic power. I liken the irreversible nature of such an event to seeing the picture in a jig-saw. The conceptual content of the Gospel transformed the thought of the Hellenic world and was a participation by the Church in the very Mind of Christ, which shaped the Catholic mind or phronēma.

The account of the doctrine of the Trinity which I offer here is not analytical, deductive, or discursive, but holistic. It is an attempt to be faithful to the way in which the Holy Trinity is presented to us in the Gospel, if only implicitly, as a differentiated whole. The exposition must proceed in a circular way in which the whole is understood in the light of the parts and the parts in the light of the whole. Repetition is therefore involved due to my urge to make theological statements as complete as possible, but I hope that this will mitigate my rather difficult style. Theological terms such as ‘being’ and ‘person’ are not to be understood in accordance with later or current sense.

The Christian doctrine of God is to be understood from within God's unique, definitive and final self-revelation in Jesus Christ. The incarnation of the eternal Word of God made flesh in Jesus Christ prescribes for us in Christian theology both its proper matter and form. Whether in its activity as a whole or in the formulation of a doctrine in any part, it is the Christological pattern that will appear throughout the whole body of Christian dogmatics. This does not mean that all theology can be reduced to Christology, but, because there is only one Mediator between God and man, the Man Christ Jesus, every doctrine will be expressed in its inner coherence with Christology at the centre.

While the Lord Jesus Christ constitutes the pivotal centre of our knowledge of God, God’s distinctive self-revelation as Holy Trinity – One Being, Three Persons – creates the overall framework within which all Christian theology is to be formulated. Therefore, the doctrine of the Trinity is the innermost heart of Christian faith and worship, the central dogma of classical theology, and the fundamental grammar of our knowledge of God. It belongs to the Gospel of God’s saving and redeeming love in Jesus Christ, who died for us and rose again and has given us the Holy Spirit who has shed the love of God abroad in our hearts. The Love of God…the Grace of our Lord Jesus Christ…and the Communion of the Holy Spirit….

This self-revelation of God in the Gospel amounts to the greatest revolution in our knowledge of God. For Judaism or Greek philosophy, or indeed for every other religion apart from Christianity, God remains ultimately incomprehensible in the bare unfigured simplicity of his Being – the Nameless One who cannot be apprehended or conceived in the personal relations of his inner life as a Communion of Love. In sharp contrast to every other religion, Christianity stands for the fact that in Jesus Christ, God has communicated to us his Word and has imparted to us his Spirit so that we may really know him as he is in himself.

It means that God is not some remote, unknowable Deity, a prisoner in his aloofness or shut up in his solitariness. On the contrary, he is free to go outside of himself to share in the life of his creatures and enable them to share in his own eternal life. It also means that God is not some immutable, impassible deity locked up in his self-isolation who cannot be touched by our human feelings, pains, and hurts, but on the contrary, is the kind of God who freely acts and passionately interacts with us. This is not to say that God is constituted in his Being through the relations of his love toward us. In his love of us, God freely wills not to be without us, whom he has eternally chosen to coexist with him and share his eternal love.

It is because God actively loves us, and loves us so much that he has given his only Son to be the Saviour of the world, that he reveals himself to us as the Loving One whose Love belongs to his innermost Being as God. The fact that, as St John tells us, God is Love does not mean that God is Love in virtue of his love for us, but that God is in himself the fullness and perfection of love. He loves us with the same Love which he is. In these reciprocal interpersonal relations, the Father, the Son, and the Holy Spirit are the Communion of Love which the One God eternally is in himself. The message of this Triune Love constitutes the very heart of the Gospel.

The economic Trinity might well be spoken of as the evangelical Trinity and the ontological Trinity as the theological Trinity. While for Athanasius economy and theology must be distinguished, they are not to be separated. That is the evangelical and epistemological significance of the homoousion. The economic Trinity and the ontological Trinity overlap with one another and belong to one another and can no more be separated than the Act of God can be separated from his Being or his Being from his Act. What God is toward us, he is in his personal divine Being as Father, Son, and Holy Spirit, and what he is in his personal divine Being, he is toward us. This is evident in the fact that God is Love, a Communion of Love out of which his love flows freely in a redeeming movement of Love in which God, through his Son and in his Spirit, gathers us into union and communion with himself.

We have lost sight of this in modern times, but in our day, the relegation of the Trinity to the periphery of the Church’s life and thought is being challenged, largely owing to Karl Barth – also Mackintosh and Vogel and Karl Rahner. Both Barth and Rahner reject the Thomist way of dividing the doctrine of the One God from the doctrine of the Triune God. John Calvin’s approach rejected the abstract question, ‘What is God?’ for ‘What kind of God is he?’ or ‘Who is God?’ Since God alone knows himself, he may not be known by us except through himself.

Some features of Calvin’s approach may help us here: the necessary devout mind or ‘godliness’; his profound sense of God’s ‘unfathomable and spiritual being’; that the Being of God is intrinsically incomprehensible; the rejection of the abstract question of the scholastics, ‘What is God?’ for the concrete question, ‘What kind of God is he?’ or ‘Who is God?’; that only by God may God be known (from Irenaeus and Hilary); that the formulation of the doctrine of the Trinity must be intrinsically related to the saving revelation of God in Christ; that God lifts us up, lisping to us; that there is no real knowledge of God except through his naming himself as Father, Son, and Holy Spirit.