Showing posts from January, 2023
Show all

Jesus tested in the desert (preaching resource for 2/26/23) 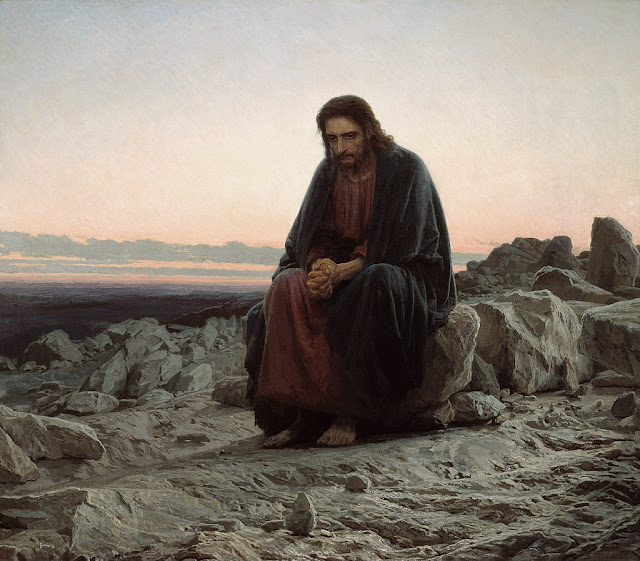 This post exegetes Matthew 4:1-11, the RCL Gospel reading for 2/26/23. It  draws on multiple resources including "The IVP Bible Background Commentary New Testament" by Craig Keener, "The New Bible Commentary" by RT France, and "The Bible Knowledge Commentary" by Louis Barbieri.  "Christ in the Wilderness" by Kramskoy (public domain via Wikimedia Commons) Introduction In Matthew chapter 3, Jesus is baptized on behalf of all humanity, anointed by the Holy Spirit for ministry to all humanity, and approved (accredited) by the Father as his Son who is given authority over all humanity (and all the cosmos). Now in chapter 4, Jesus is led by the Holy Spirit to be tested in the wilderness (desert), further preparing him for his ministry and further accrediting him as Messiah. We begin in Matthew 4:1: Then Jesus was led by the Spirit into the desert to be tempted by the devil.   A common recitation in the Old Testament is that God led or guided the childr
Read more 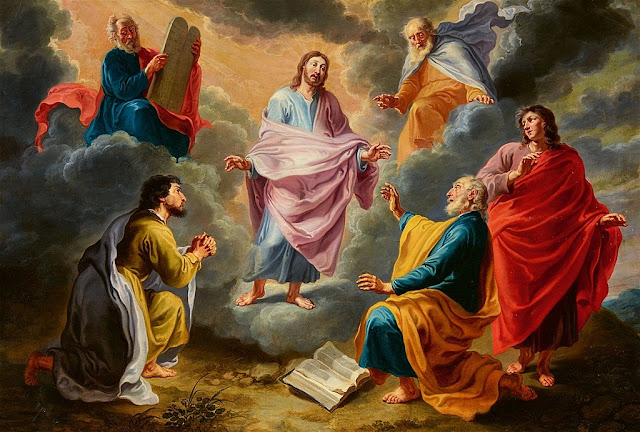 Providing context for the RCL's Epistle reading for 2/19/23, t his post exegetes 2 Peter 1:12-21, drawing on multiple resources including commentary from Warren Wiersbe ("Bible Expository Commentary") and  David Wheaton ("New Bible Commentary" ). "The Transfiguration of Christ" by van Herp (public domain via Wikimedia Commons) Introduction   Christians in Asia Minor were being troubled by teachers offering “new truth” that supposedly was needed to obtain or enhance one’s salvation. But Peter labels this new truth for what it is: heresy (2Pet. 2:1), and exhorts Christians to run from it, and to remember  the truth they had already learned and in which they were already established  (2Pet 1:12). What is this truth Christians are to remember? It is the apostolic faith, the Gospel, the truth about Jesus who himself is the Trugh of God (John 14:6). The church was firmly established in this truth through the teaching (testimony concerning Jesus) of Christ
Read more 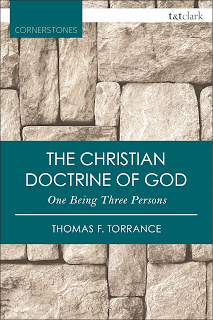 This is part 4 in a series  by Torrance scholar  Thomas Noble ,  summarizing Thomas F. Torrance's  The Christian Doctrine of God: One Being Three Persons .   For other posts in this series, click a number:  1 , 2 , 3 . Chapter 7: TRINITY IN UNITY AND UNITY IN TRINITY In the third chapter we thought about the three conceptual levels. We must now give further thought to the notion of perichōrēsis . Athanasius provided the theological basis for this coinherence by elucidating Jesus’ teaching in John, particularly, ‘I am in the Father and the Father in me.’ He refined and deepened the concept of the homoousion . The specific term, perichōrēsis , came later, but he asked how the one can be contained ( chōrein ) in the other and the other in the one ( C. Arian , 3:1) and pointed out that it would be inappropriate to think of this in accordance with the way material things can contain one another. In his Letters on the Holy Spirit , he showed that we must think of this coinherence as
Read more

Remember the Church (preaching resource for 2/12/23) 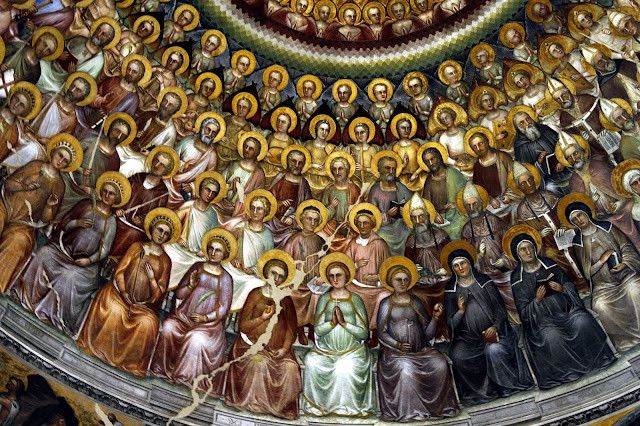 This post exegetes 1Cor. 3:1-9, the Epistle reading for 2/12/23. This exegesis draws on commentary from Warren Wiersbe ("Bible Expository Commentary") and Bruce Winter ("New Bible Commentary"). "The Communion of Saints" in the baptistry at Padua (public domain via Wikimedia Commons) Introduction   Already in 1 Corinthians, Paul has urged the Corinthian Christians to remember the Gospel . Now he makes a similar plea: remember the church! Unfortunately, many in Corinth were treating the church as though it were a mere human institution. This mistaken view was leading to the formation of competing factions. So Paul exhorts them to return to the truth, which he now illustrates with three pictures of the church as God created it to be: a family that produces maturity, a field that bears fruit, and a temple that displays God’s glory. In this sermon we'll look at the first two of these illustrations. As we do, may God help us to see, love and serve the chur
Read more

Remember the Gospel (preaching resource for 2/5/23)

- January 05, 2023
This post exegetes 1Cor. 2:1-16, the context for the RCL Epistle reading for 2/5/23. This exegesis draws on multiple resources including commentary from  Warren Wiersbe ("Bible Expository Commentary") and Bruce Winter ("New Bible Commentary"). "The Apostle Paul" by Rembrandt (public domain via Wikimedia Commons) Introduction   When the aposle Paul established the church in Corinth, he emphasized the teaching of the Gospel. But now, just a few years after its founding, that church stood in danger of losing the Gospel—trading what Paul called the wisdom of God for an inferior wisdom based in human (anthropocentric) philosophies. The result in the church was confusion and division. So Paul sends an urgent admonition:  Remember the Gospel!  To help them do so, he recounts three fundamental, interrelated truths concerning the Gospel: the Gospel is Jesus, the Gospel is the Father’s wisdom, and the Gospel is the Spirit’s ministry. 1. The Gospel is Jesus (2:1–5)
Read more
More posts
Welcome to The Surprising God where Grace Communion Seminary (GCS) on behalf of Grace Communion International (GCI) explores the content and application of Incarnational Trinitarian Theology. Except as noted, posts are from GCS faculty member Ted Johnston. Though GCS and GCI embrace what is expounded here, blog posts are not official doctrinal statements. To comment on what is posted here, go to GCS's two Facebook groups (Trinitarian Theology Forum and Trinitarian Ministry and Worship) where posts from here are often re-posted.