In his chapter titled, Election and Being in Christ, Neder examines Barth's "Christocentric treatment of election as an aspect of the doctrine of God..." (p15). For Barth, these two core doctrines are deeply and intrinsically connected for Jesus himself is the content of election. Therefore, according to Barth, Jesus should be the church's sole criterion when thinking about the topic of election. If this were the case, Barth believes that the result in the church would be...

For Barth, God's election in and through Jesus Christ is "a predestination not merely of man but of Himself.... an eternal... 'primal decision' by which God constitutes his being as Lord of the covenant of grace" (p16). In making this decision, nothing external compelled God and what he, in his freedom, accomplished in election forged a new and an irrevocable covenant relationship...


...so that once God has willed to enter into it, and has in fact entered into it, He could not be God without it. It is a relation in which God is self-determined... In election, God freely constitutes his being as the Lord of the covenant.

Even more specifically, Jesus Christ makes this decision. He is both the God who elects and the human being who is elected. Election is a decision made by him as well as one that first of all concerns him. It is gospel for the world... because humanity is elect in him... (pp16-17, bold-face and underlined emphasis added).

Addressing the "how" of the outworking of election, Neder notes that because Jesus Christ, as Creator, is the origin of humanity, his existence and history... 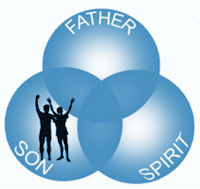 
...the ground of the subjective form, which is its consequence and goal--its telos. Moreover, and this is crucial to notice, the nature of objective participation in Christ guarantees that participation in Christ will also include a subjective form. [This means that] Jesus Christ is the object of election. Humanity benefits from his election by virtue of its being in him. And the meaning of being "in Christ" in the objective sense is that humanity has Jesus Christ as its representative.

...Jesus Christ's life, death, and resurrection, his fulfillment of the covenant between God and humanity, are accomplished on behalf of humanity. By being who he is for humanity, Jesus Christ establishes, in an objective sense, the being and identity of humanity. He establishes, constitutes, and defines human being (p18, emphasis added).

However, this objective participation...


...does not exclude or replace the action of individual human beings. Rather, it establishes a trajectory for humanity, defining humanity by giving it a telos. In this way, the objective reality of the being of humanity in Christ includes within itself, establishes, and guarantees genuine human subjectivity. In human obedience, the objective aspect of election--the objective presence of the being of humanity in Jesus Christ--is realized in the action of individual human beings as the fulfillment of that prior divine decision. Election and obedience are related to one another as ground and consequences. Jesus Christ's fulfillment of the covenant of grace is a work of faithful obedience. As such it establishes true humanity as a life of faithful obedience. The telos of election is Jesus Christ's life history, and the telos of objective participation in Christ is subjective participation in Christ. In both cases the telos is realized in obedience (p18, emphasis added).

Next time we'll look at how participation in Christ includes sharing in his obedience.
Welcome to The Surprising God where Grace Communion Seminary (GCS) on behalf of Grace Communion International (GCI) explores the content and application of Incarnational Trinitarian Theology. Except as noted, posts are from GCS faculty member Ted Johnston. Though GCS and GCI embrace the theology expounded here, posts are not official statements of doctrine. You may comment on posts where they are reposted on GCS's two Facebook groups: Trinitarian Theology Forum and Trinitarian Ministry and Worship.