The nature of science and a call for humility 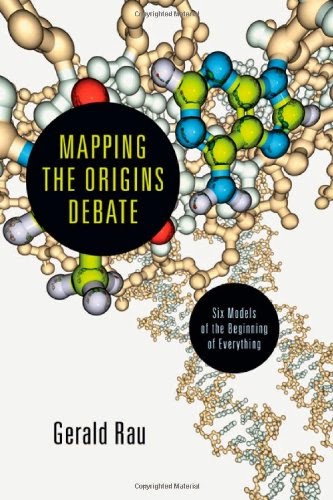 Rau concludes his book by reminding us that we all approach the origins debate with deeply held presuppositions, particularly in how we view science. Though we might assume widespread agreement on the definition of "science," the reality is otherwise. The definition has changed over the years and continues to do so. As a result, the parties in the origins debate often disagree on this fundamental issue. Resolving the disagreement will take a large dose of humility on all sides.

In the 20th century, science typically was defined as pertaining nearly exclusively to the gathering and interpretation of empirical evidence. But today many acknowledge that science is not (and, indeed, cannot) be entirely empirical (objective). Why? Because the scientific method necessarily includes a certain degree of subjectivity, both in how it selects the evidence and then how it interprets it. That subjectivity is shaped by the presuppositions and principles held by the particular scientist. As Rau notes, "At the root of the origins debate is the question of which presuppositions, which principles, should guide scientific inquiry in our generation, a debate that cannot be settled based on the empirical evidence" (p177). Though this is a significant issue, it often is swept under the rug and opposing sides in the origins debate continue to skirt this issue and thus talk past one another.

Proponents of young earth creationism, holding to an outmoded definition of science, typically claim that evolution is not a proven "fact" because evolutionary "science" is not science at all. They make this claim because they define limit true science to dealing only with events that can be presently observed (i.e. ongoing events) whereas evolution has to do with events of the distant past. Those who disagree with this outmoded and narrow definition of science would likely point out that by the same definition, archaeology would not be considered true science..

On the other side of the debate, proponents of non-directed evolutionary models typically claim that the creationist models are unscientific because "they make no testable predictions, are not falsifiable and do not adhere to the principle of methodological naturalism" (p178). But this definition of science is also somewhat outmoded---today a growing number of scientists note that prediction and falsifiability are not the sine qua non of the scientific method.

Unfortunately, such presuppositions are often overlooked or discounted by opposing parties in the debate. This is unfortunate, because are Rau notes, "In the final analysis all of us believe in something we cannot see or evaluate scientifically" (p188)---in other words, belief (or call it faith) is a part of everyone's position, whether they know it or not, or admit it or not. As a result, identifying underlying presuppositions (including our own), is a challenge (and for some, a threat!). Facing this challenge typically takes a great deal of humility that often is missing from the debate. Note some related concluding remarks from Rau:


Sinful hubris...leads us to believe that we are right and others are wrong, rather than admitting that the truth is beyond our ability to grasp. Doubtless in the end the whole truth will prove far more complex than we can conceive at the moment, in the same way that what we know of genetics and inheritance today was totally unimaginable a century ago. In the face of that knowledge, let us strive for humility and charity in our dealings with our brothers and sisters (and even those we do not consider family) who hold a different understanding of the issue than we do, realizing that we all see "through a glass darkly" (1 Corinthians 13:12, KJV) until we see face to face (p190).

Most people are not dissatisfied with their current conception [of origins], and therefore any attempt by others to change their mind is doomed to failure. On the other hand, if for whatever reason you are dissatisfied with what you formerly heard and believed, I hope I have helped you understand the logic, plausibility and potential of other models, and provided enough references to allow you to take the next step, to begin to see the world from a wider, and perhaps eventually different, perspective (p192).

For those who embrace incarnational Trinitarian theology, part of our analysis in this debate will include answering this: Which origins models accurately reflect what we know of the triune God as revealed to us in the person and work of our Lord Jesus? In light of that revelation, is it plausible that God created the cosmos instantaneously by fiat, fully-developed, about 12,000 years ago? Conversely, is it plausible that God used evolution over eons of time as his creative process-mechanism? Would a perfect, omnipotent God create in such a seemingly messy, random, lengthy (and some would say, violent) way? Does the God revealed in Jesus relate to his creation in such ways? Would this God grant his creation such freedom?

Of course, each of us must come to our own conclusions in this matter. Rau's hope is that as we do, we will look carefully, and with humility, at all the origins models, and that in doing so we will examine our own underlying presuppositions so that we more objectively examine all the evidence and make a reasoned decision. I hope this series will stimulate your thinking along these lines.
Welcome to The Surprising God where Grace Communion Seminary (GCS) on behalf of Grace Communion International (GCI) explores incarnational Trinitarian theology. Except as otherwise noted, posts here are from GCS faculty member Ted Johnston. Though GCS and GCI embrace the theology addressed here, blog posts are not official doctrinal statements. Comments on blog posts may be posted on either of GCS's Facebook groups: Trinitarian Theology Forum and Trinitarian Ministry and Worship.